31 data records were lost or stolen every second in 2014.

The shocking information on last year’s data breaches comes from online security firm Gemalto’s Breach Level Index (BLI), which examines data breaches and then compiles them into a data base. Each breach gets scored on its severity, and is then compared to other publicly disclosed breaches.

“The main motivation for cybercriminals in 2014 was identity theft with 54% of the all data breaches being identity theft-based, more than any breach category including access to financial data. In addition, identity theft breaches also accounted for one-third of the most severe data breaches categorized by the BLI as either Catastrophic (with a BLI score of between 9.0 and 10) or Severe (7.0 to 8.9),” Gemalto said in a press statement.

Have a look at the interesting info-graphic below to see just how severe the breaches are: 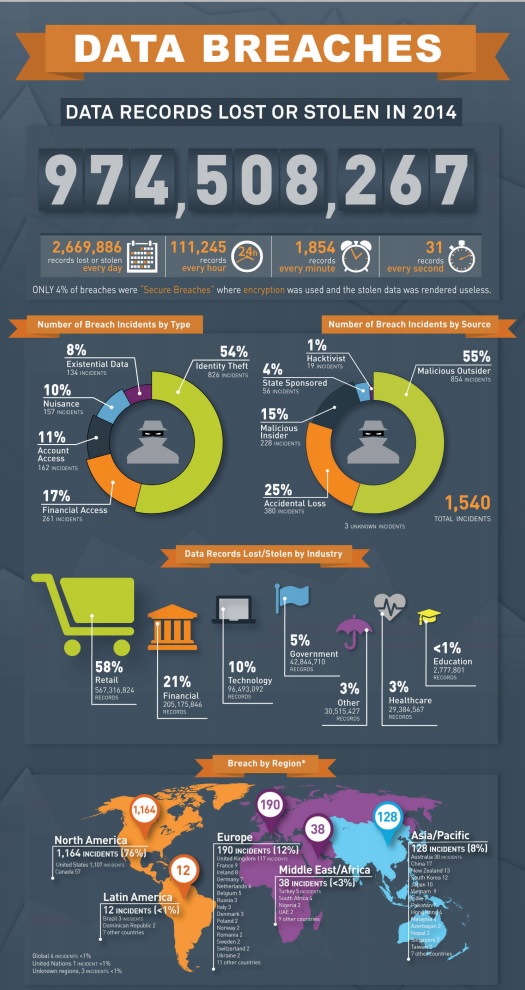